Plan a Summer Staycation in Edinburgh

Blog
#city guide #travel
Edinburgh, Auld Reekie, the Athens of the North or Dunedin in Scots Gaelic. Whatever you want to call it, Scotland’s capital city is a world-class destination and the perfect option for a staycation this year.

Steeped in a rich cultural history, the city is as famous for its famous residents, from princes to poets, as it is for stunning architecture - boasting the historic old and new town within the city boundary.

As Scotland’s tourism industry begins to open up, so too will the city itself. While things may be slightly different this year, as the city adapts to a new normal, there is still plenty to explore and enjoy.

We've compiled some of our must-visit attractions below, which can be enjoyed from July onwards.

A thoroughfare running through the heart of Edinburgh’s Old Town, The Royal Mile is a street teeming with historic buildings. The name comes from its tradition as a processional route for kings and queens over the last 500 years. It connects the Queen’s official residence in Scotland, the Palace of Holyrood House, at one end, and Edinburgh Castle at the other. Walking it today gives a real sense of walking back through time. The street boasts a wide selection of shops and visitor attractions, including Mary King’s Close, John Knox House, and the Museum of Edinburgh.

A visit to Edinburgh would not be complete without a picture outside its most famous landmark, Edinburgh Castle. Strategically perched on Castle Rock at the top of The Royal Mile and enjoying panoramic views across the city, a selfie outside the historical fortress is a must for any tourist. It hosts the famous Royal Military Tattoo every year, a celebration of music, pomp and military regalia from around the world, which is on hiatus in 2020. It also houses the Honours of Scotland, the nation’s crown jewels. You’ll need to settle for a google image search of those for now, though.

A 640 acre Royal Park, adjacent to the Palace of Holyrood House, which was created in 1541 on the orders of King James V. The park is now open to the public and is a key thoroughfare through the city. It's the ideal location for walks, picnics, and plays host to various events throughout the year. For those up to the challenge, the park has several walking routes and peaks to climb, the highest being Arthur’s Seat, which is actually an ancient volcano! Sitting 251m above sea level, those bold enough to make the climb will be rewarded with unparalleled views of the city.

For a less strenuous alternative, try birdwatching at Duddingston Loch. Edinburgh’s only freshwater loch is home to a great deal of birdlife, which will keep you occupied for hours.

One of the world’s leading botanic gardens, with a history stretching back nearly 350 years, the Royal Botanic Garden Edinburgh has over 70 acres of beautifully landscaped gardens, which are the perfect place for an afternoon wander.

The Royal Botanic Garden is, first and foremost, an important scientific centre for the conservation and study of plants. It has more than 13,500 species in its rich collection. Horticultural enthusiasts will be spoilt for choice.

An iconic hill in Edinburgh. A short and easy walk to the top presents stunning panoramic views, which have inspired visitors for centuries.

Major landmarks can be seen from a bird’s eye view: Arthur’s Seat with the Crags behind Holyrood Palace, the Scottish Parliament, Leith and the Firth of Forth, Princes Street in its New Town grid and the Royal Mile climbing up towards the Castle.

Calton Hill is also the home to many monuments and landmarks including the National Monument, which was inspired by the Parthenon in Athens. Intended to commemorate the Scottish servicemen who died in the Napoleonic Wars, it was never completed - leaving just the twelve columns you see today. Other historical monuments on the hill include; the Nelson Monument, Burns Monument, the City Observatory, the Dugald Stewart Monument, and the Portuguese Cannon.

With all of this and more to discover in this historical city, a visit to Edinburgh really is a must this year. 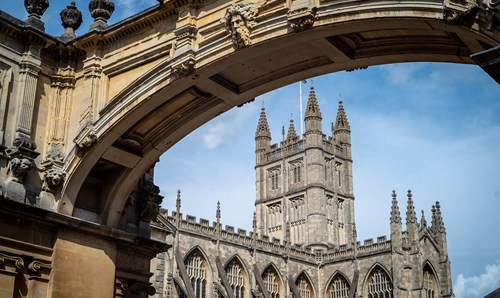 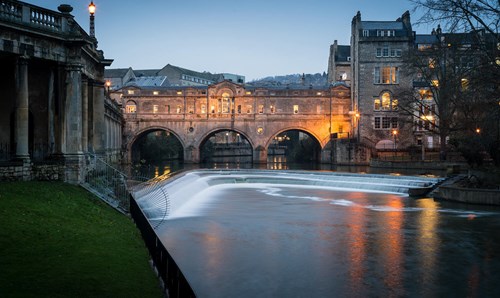